Doocey said as National’s Youth spokesperson it was a privilege to welcome this year’s cohort of Youth MPs into the House of Representatives to kick off the two-day event.

It was exciting to watch the next generation of policymakers in action, and inspiring to hear them debate the issues that matter to their peers, he said.

But as well as representing the young people in their own electorate, by bringing their voices to Parliament, he encouraged them to learn from one another, and recognise the value in different opinions.

“Reach out to other young people here who are different to you,” he said.

“Take time to appreciate their different world view, don’t be surprised to learn you will also have things in common and forge relationships that will last longer than the next two days.”

Doocey is a firm believer in bi-partisan collaboration, having been on the Mental Health and Addictions Wellbeing cross-party group which launched the Zero Suicide Aotearoa Report last year, and he said this was vital to achieving long-term outcomes. 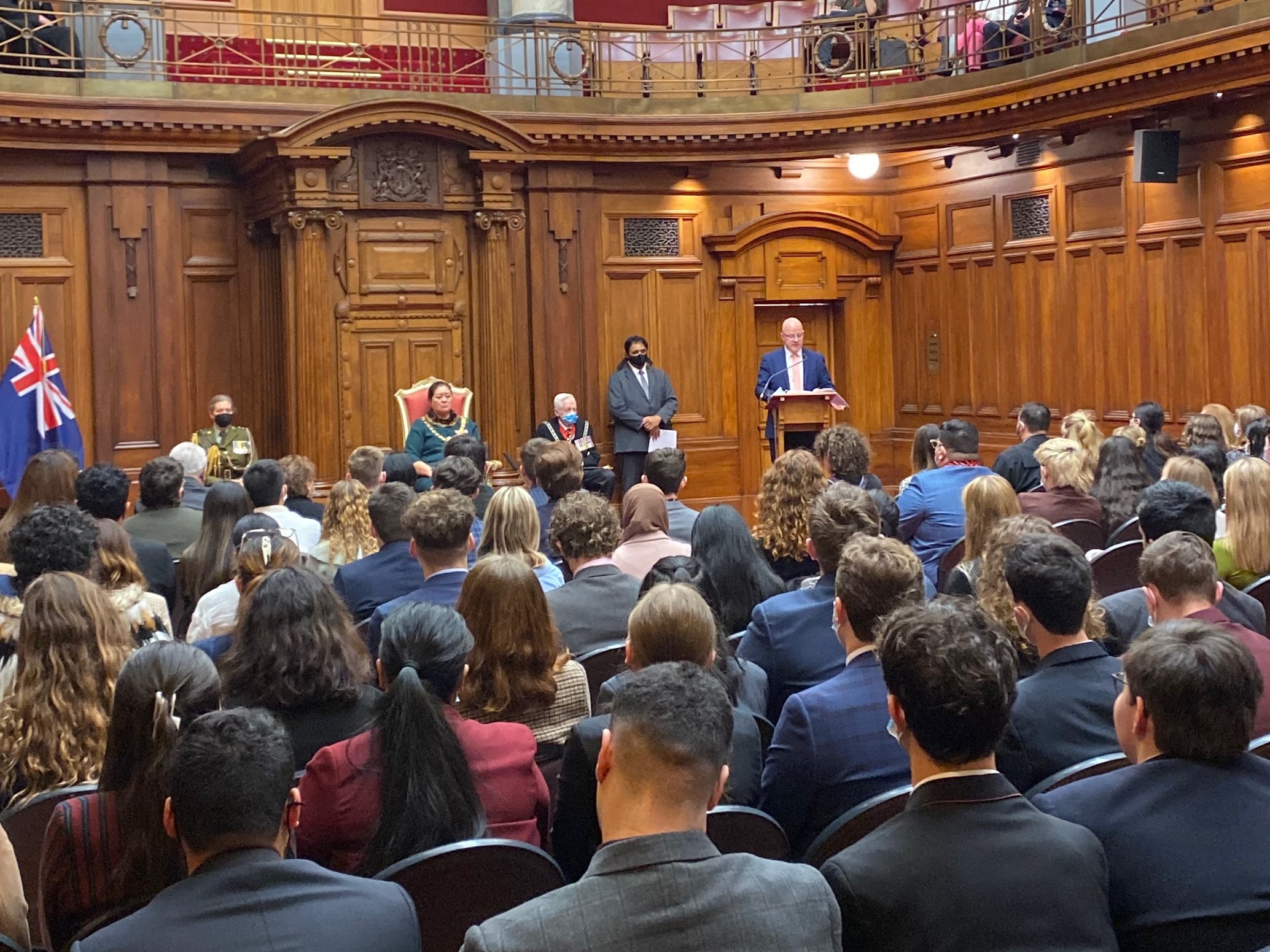 Things were looking positive in several key areas with the younger generation making its way to seats in the House, he said. Young people were leading the charge on important issues like climate change and mental health.

“In mental health young people have a vocabulary to talk about it that my generation and older never had. They are more open to talking about their own mental health and they face less stigma asking for help.”

Conversations around the Treaty and New Zealand’s identity as a nation also matured with each generation, Doocey said, resulting in opportunities for greater understanding and stronger bonds as a nation.

He said politics was not meant to be easy, so it was important for the Youth MPs to remain focused on making a difference for those they represent, no matter how daunting.

“My challenge to you during Youth Parliament is to stay true to your kaupapa in what motivates you to be here today.

“Ensure you bring the voices to Parliament of the people you represent, make sure you grapple with the big and sometimes uncomfortable issues, engage in the diversity here and remember the success of the next two days is up to you.”