Waimakariri’s young people had their voices heard in Wellington last month as Youth MP Hillary Cooper delivered an impassioned speech to the House.

Hillary was selected by Waimakariri MP Matt Doocey last year as his Youth MP, and since then she has been working on a project to help increase accessibility to driving licences and improve road safety on rural roads.

Speaking to Youth MPs from around the country, Hillary argued for better access to both information and resources so that young people could obtain a licence.

She said young people like her not only lived significant distances from their nearest testing station, but with no public transport system they were forced to rely on parents or friends with licences to take them everywhere.

Hillary said she was passionate about shining a light on the issue as it was creating an inequity between young people living in urban and rural areas.

“Having your licence is now a requirement that many employers look for and can be essential for youth participation in sport, cultural, social and to further education.

“We aren't putting enough time, money or energy into a system that thousands of young Kiwis are going through every day.” 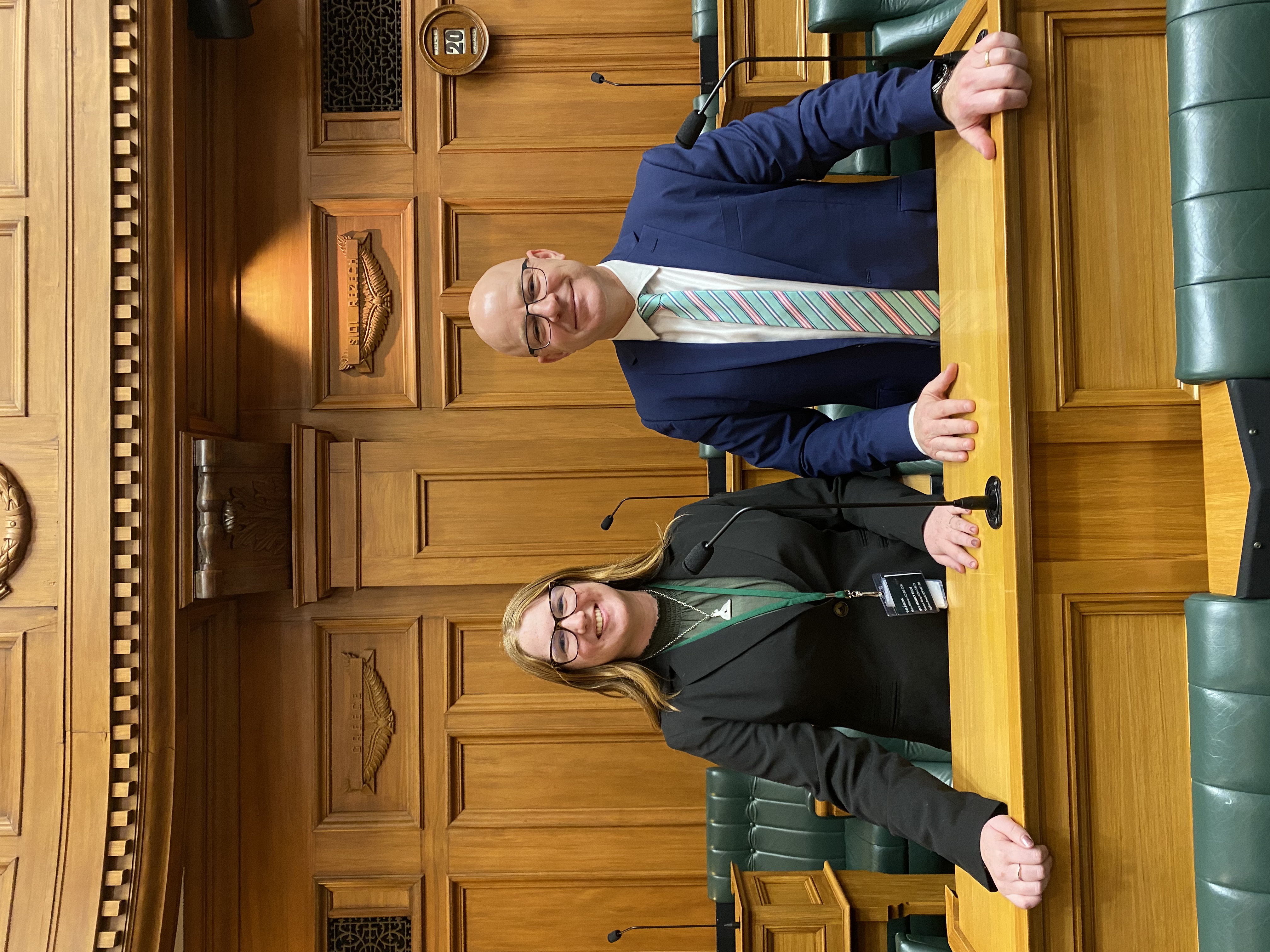 Since being selected as Waimakariri’s Youth MP, along with pushing for greater access to licences for rural youth, Hillary developed a survey to canvass young people across the wider region, which she launched alongside Matt Doocey to kick of Youth Week in May.

Hosting an event to gather input from senior school leaders from local schools, she refined her survey and posted it online to reach hundreds of young people around the electorate.

“Putting all that work into the survey really allowed me to engage effectively with a good cross-section of Waimakariri’s youth,” Hillary said.

“It helped me to understand some key issues and enabled me to represent them to the best of my ability in Wellington last week.”

Hillary said while she had been forced outside her comfort zone at times throughout her Youth Parliament journey, it had been a valuable learning experience and she had met some incredible people along the way.

“I would recommend becoming involved in youth politics to anyone with a passion for making change. After all, it’s our generation which will be making the big and potentially long-lasting decisions for generations to come.”