A North Canterbury dairy owner is celebrating a Lotto win after finally being granted a license to sell tickets and scratch cards. 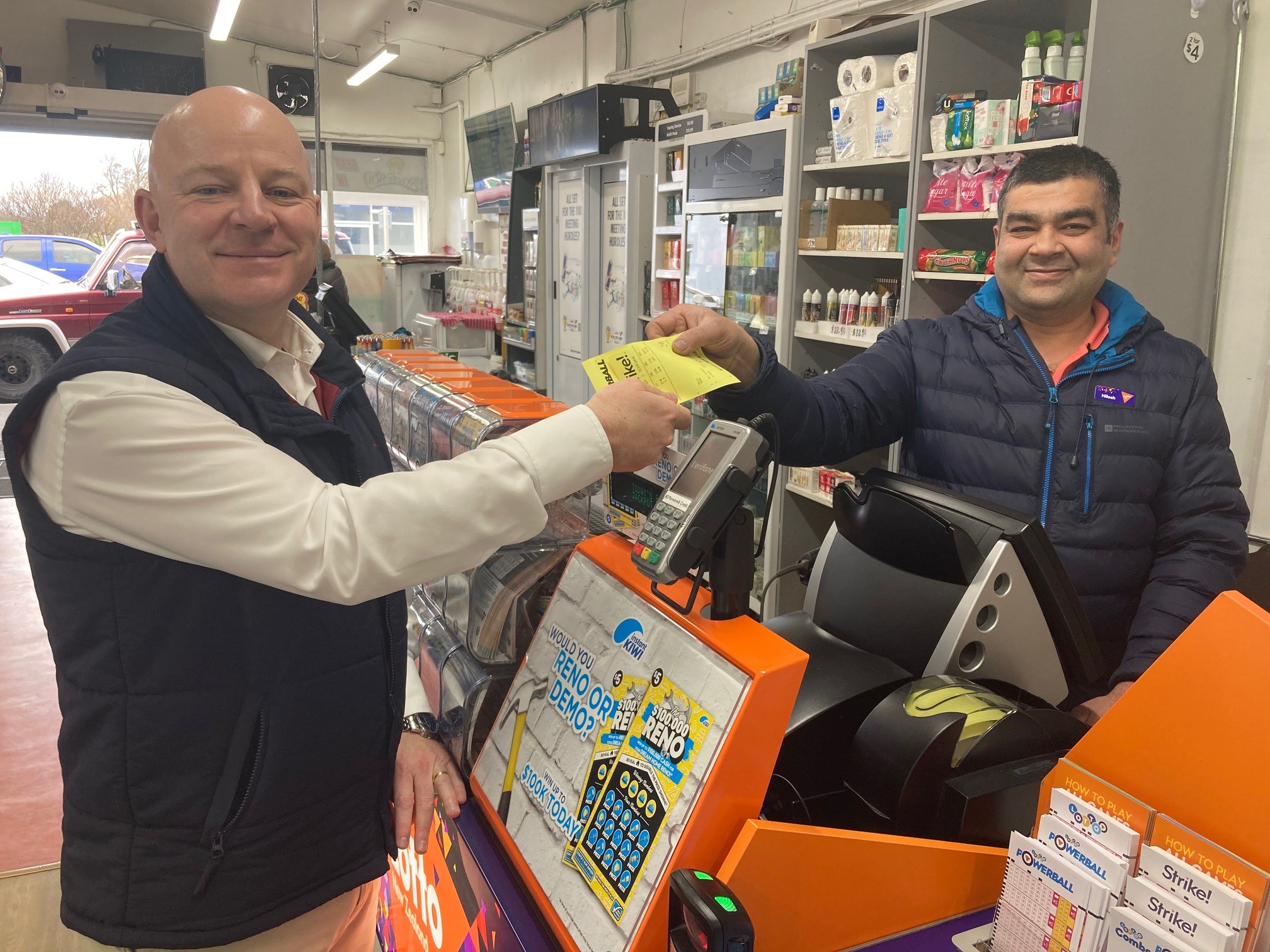 Nilesh Vallabh has owned the Flowers and Dairy shop in Kaiapoi for more than 20 years, running it with his father and his wife, Neha.

The couple have two small children and are committed to the community – they were there through the devastating earthquakes and have been a huge support for the town through the rebuild.

“We love it here, it’s a good environment, and we are very happy to live here,” Vallabh, originally from India, said.

“During the earthquakes we were still not going anywhere else.”

When the town’s Take Note shut down, leaving a spare license up for grabs, Vallabh applied to become a Lotto outlet, expecting it would be a straightforward process.

But his application was declined, despite there being one less outlet in town.

“I was not just thinking about myself, we are part of the community.”

Vallabh appealed to local MP Matt Doocey to help, who realised the value of the dairy as a hub for Kaiapoi residents.

Doocey organised a meeting with a Lotto representative who came from Auckland to discuss the matter, and steer Vallabh through the necessary fit-out requirements.

“I am grateful to Lotto for bringing a rep down from Auckland to meet with Nilesh and to look at his dairy. That was a gamechanger,” he said.

“Nilesh had been declined numerous times but when they came down to Kaiapoi they realised what a great, accessiblelocation he has.”

Vallabh said since the meeting he had worked on convincing the authorities to reconsider, and two months ago he finally welcomed the Lotto brand, and extra customers, through his doors.

“We are definitely seeing more customers, it’s really good. And we are going to make more changes to the shop, with spices coming soon.”

Doocey said it was hard to comprehend why the process had taken years when Vallabh was not looking to increase the number of Lotto outlets in Kaiapoi.

“Nilesh and his family have been part of this community for more than two decades and I was glad to be able to help with this.

“I am a fierce advocate for residents when they need someone to fight in their corner.”