National MP Matt Doocey has met with frontline firefighters in Christchurch who are taking industrial action over pay rates and working conditions.

Doocey visited the ANZAC and Redwood stations ahead of the planned strike. He said it was important to get around different stations to talk to individual crews and hear their take on how things needed to be improved.

“What I’m hearing is a lot of frustration coming from these men and women who are trying their best to protect our communities and save lives.

“They are telling me of the psychological toll of regularly attending medical callouts with insufficient training. Their trucks are in desperate need of maintenance or replacement – they are worried about equipment breaking down on top of the expected levels of stress for a callout.” 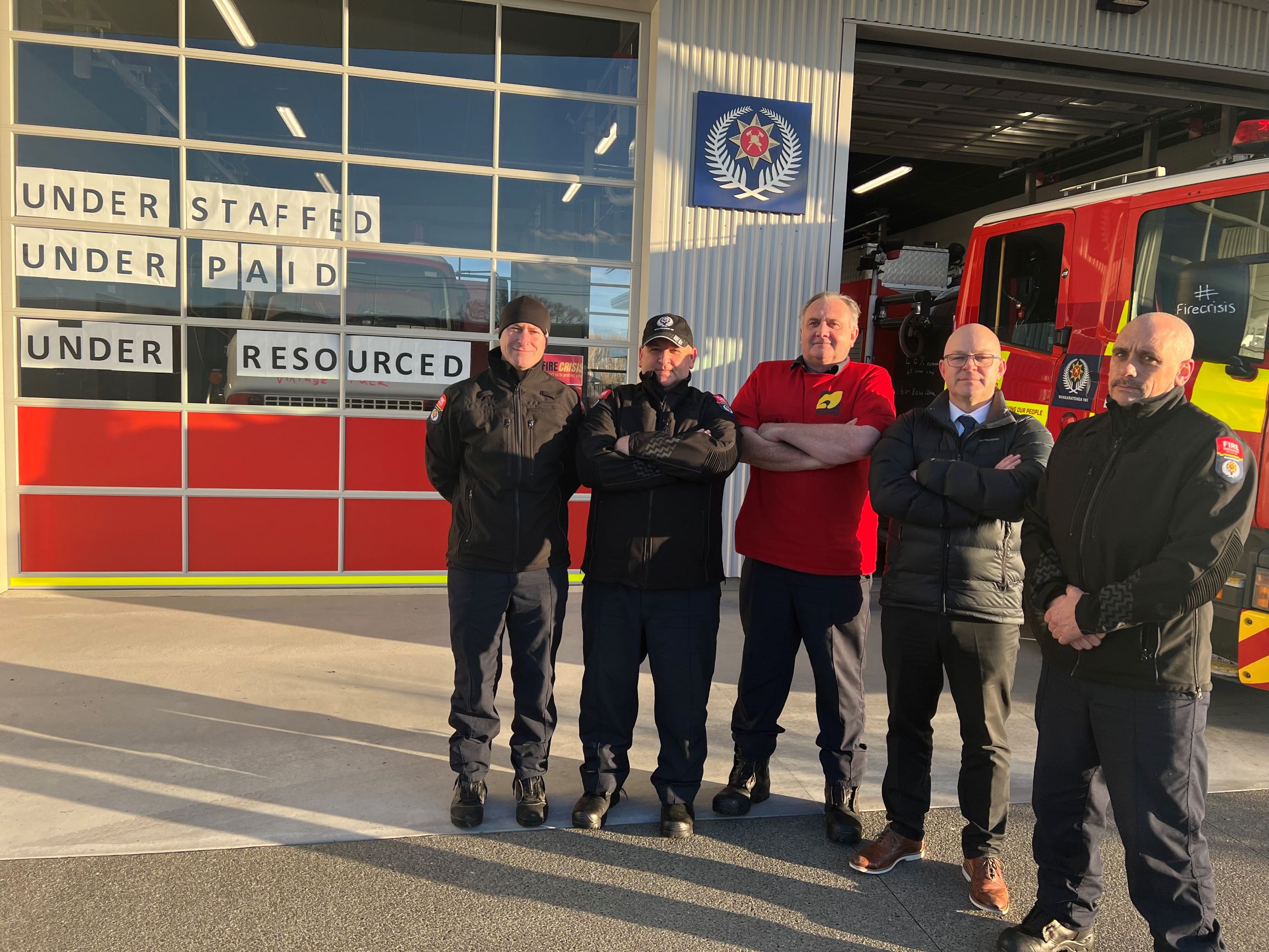 Doocey said firefighters were susceptible to certain medical conditions but were not offered screening by FENZ.

“We know these people are putting their own lives on the line each time they respond to an incident. The least we could do is acknowledge this and provide the relevant screening for diseases we know they have an increased risk of contracting.”

Doocey said as the Government financial contribution was relatively limited, FENZ escaped the normal treasury scrutiny that one would expect for such a large organisation.

Since the merger of fire services under the FENZ umbrella five years ago, he said there had been clear failings in competency and accountability, which has left firefighters feeling disillusioned.

The merger has not come cheap. Fire services cost per capita in New Zealand come in at 22% more expensive than in Scotland, and 50% more than England.

“It beggars belief that FENZ has 40% more revenue that was expected when it was formed five years ago, yet none of that has reached the frontline where it is actually needed.

“The men and women who put their lives on the line to protect our families, homes and communities are desperate for support, but FENZ seems unable to respond.”