“The community was promised an after-hours health care facility by 2022 however we have now been told this has been delayed by up to three years with the new opening date pushed back to 2025.

“It is simply not good enough that a fast-growing area like Waimakariri does not have an after-hours health care facility so that’s why we are calling on residents to play their part by signing our petition and sharing with their family and friends to reach our target of 20,000 signatures.” 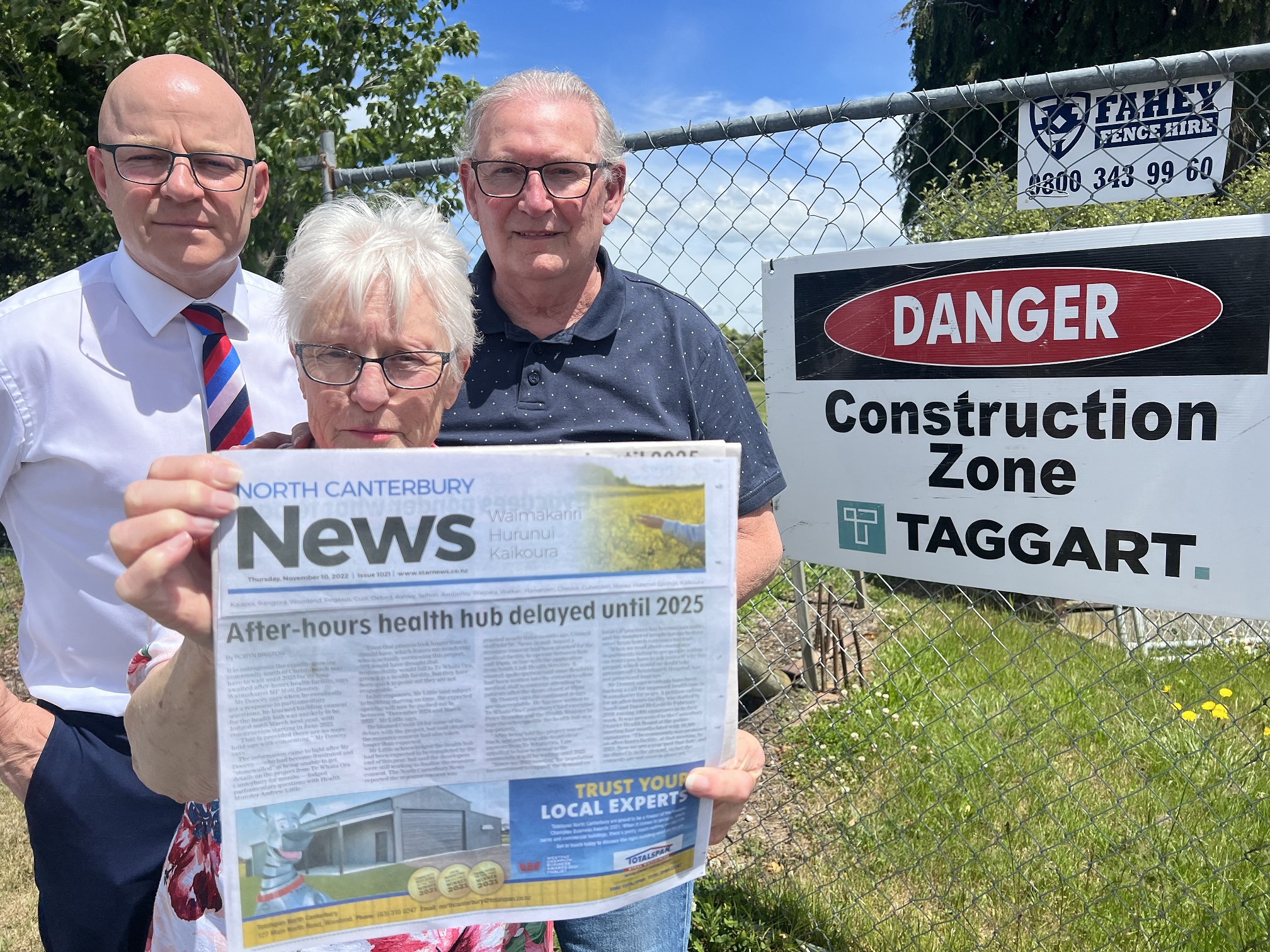 Doocey said as local MP he had heard from many residents who were frustrated at having to drive into Christchurch for medical appointments and treatment, especially at a time when petrol prices were so high.

“We are also too well aware of the issues being faced by the health sector across the country, but particularly in Christchurch, with ballooning wait times in emergency departments and people unable to access even an initial assessment because the system is overloaded.

“Having an after-hours health care facility up and operating in Waimakariri would go a long way to alleviating some of this pressure.”

Doocey was asked by residents to advocate on their behalf by leading a petition with local Rangiora residents Sandi and David McLean.

The McLeans successfully led a petition with the MP in 2019 which resulted in CDHB committing to after-hours heath care in Waimakariri.

“The McLeans were successful last time so I’m really excited to be teaming up with them again to get Health NZ to commit to fast tracking the promised after-hours health care facility with the support of the local community,” Doocey said.