Waimakariri MP Matt Doocey has vowed to keep advocating for business owners and residents in North Canterbury for improved connectivity at his second public meeting on the subject.

While parts of the region can look forward to improvements in their internet and phone services thanks to the latest fibre rollout, there remains a large population for whom reliable connectivity is still a distant dream.

Doocey brought the area’s service providers together this week to update residents after hosting a public meeting in December, where residents reported widespread issues across parts of the district.

Particularly under fire at the December meeting was Spark, engagement and planning manager Graeme McCarrison fielding much of the criticism. McCarrison, on behalf of Spark, agreed to invest in the region’s infrastructure to improve connectivity for residents and business owners.

Returning to update the community on Monday evening at Mandeville Sports Club, McCarrison said Spark had worked with individuals to ensure those with medical issues and other emergency situations had had their connectivity issues resolved.

It was not going to be a quick fix for the whole area, and Spark committed to continue its project to work through all those other cases identified at the previous meeting.

AmuriNet’s Chris Roberts outlined the Mandeville area due to secure fibre by the end of the year, but said those outside the works area stood to be included as the network expanded. Residents needed to lobby council and government to make sure they were heard, he said. 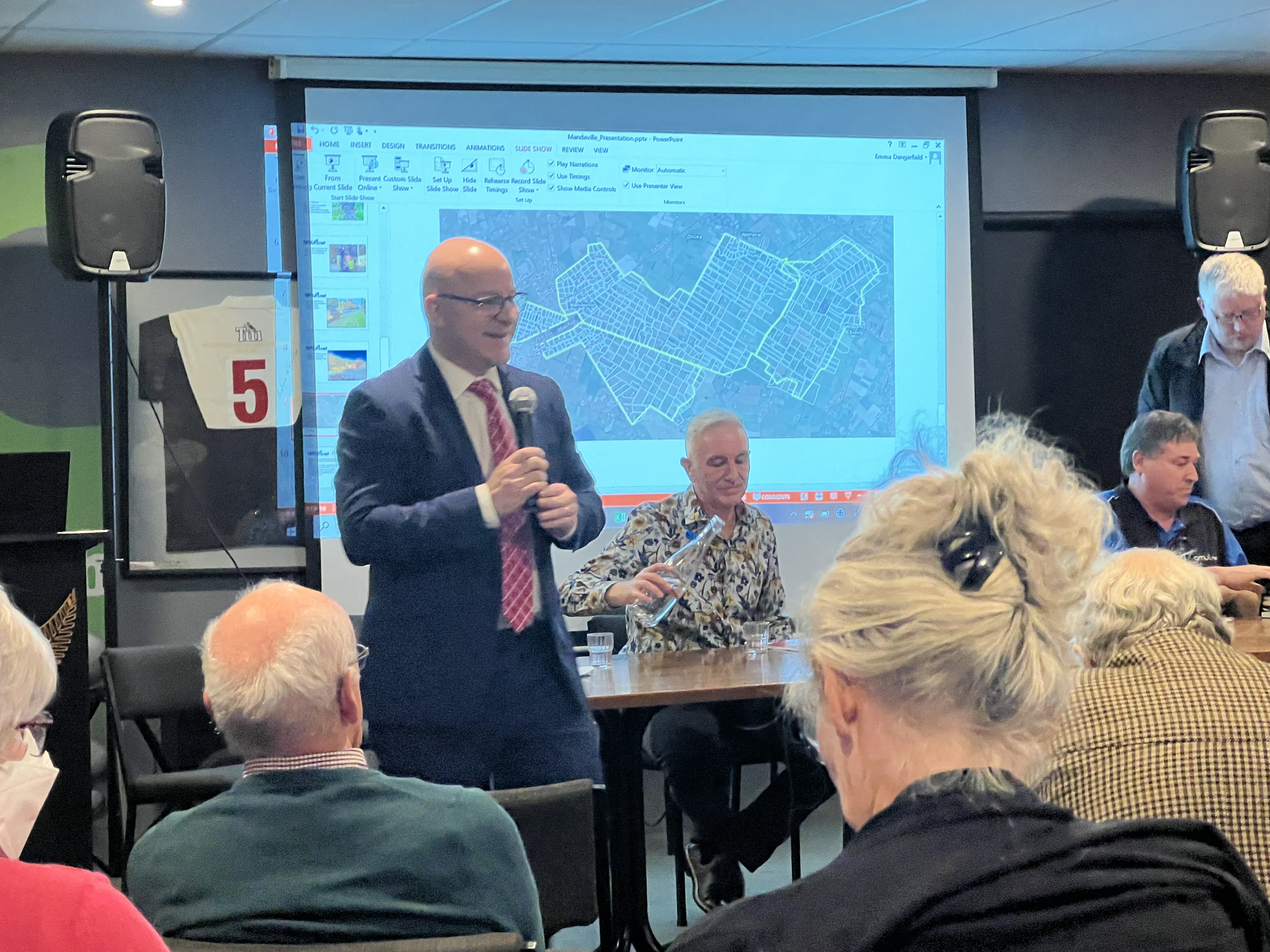 Doocey said it was clear Spark had picked up its engagement. Communication had caused a lot of the concerns raised at the last meeting, and it was heartening to see fewer people had this complaint six months on.

However, in a developed country like New Zealand, he could see very little reason why provincial and rural residents should not enjoy the same quality of technology services as those in larger centres.

“I’ve been advocating for these residents and businesses for some time now, and I hear how incredibly frustrating it is trying to operate from home.

“This was made all the more apparent when school and university students needed to access the same network for their studies during Covid lockdowns.

“It is not good enough to blame shelterbelts, or claim these customers live in the middle of nowhere. These are business owners trying to work from home less than half an hour’s drive from the middle of Christchurch city.”

Doocey said it was vital to remain vocal if the community were to expect results, with many other areas of New Zealand vying for inclusion with every fibre expansion project.

“The squeaky wheel gets the oil, so we all need to be making sure we are heard loud and clear ahead of the government’s next announcement.”

A further meeting is to be held in six months’ time when the community will be updated on Spark’s progress to find solutions for all those still affected by a lack of service.