Waimakariri MP Matt Doocey says a packed public meeting in Woodend on Thursday night spoke of residents’ frustrations to get infrastructure investment for State Highway 1 from Kaiapoi to Ashley Bridge. 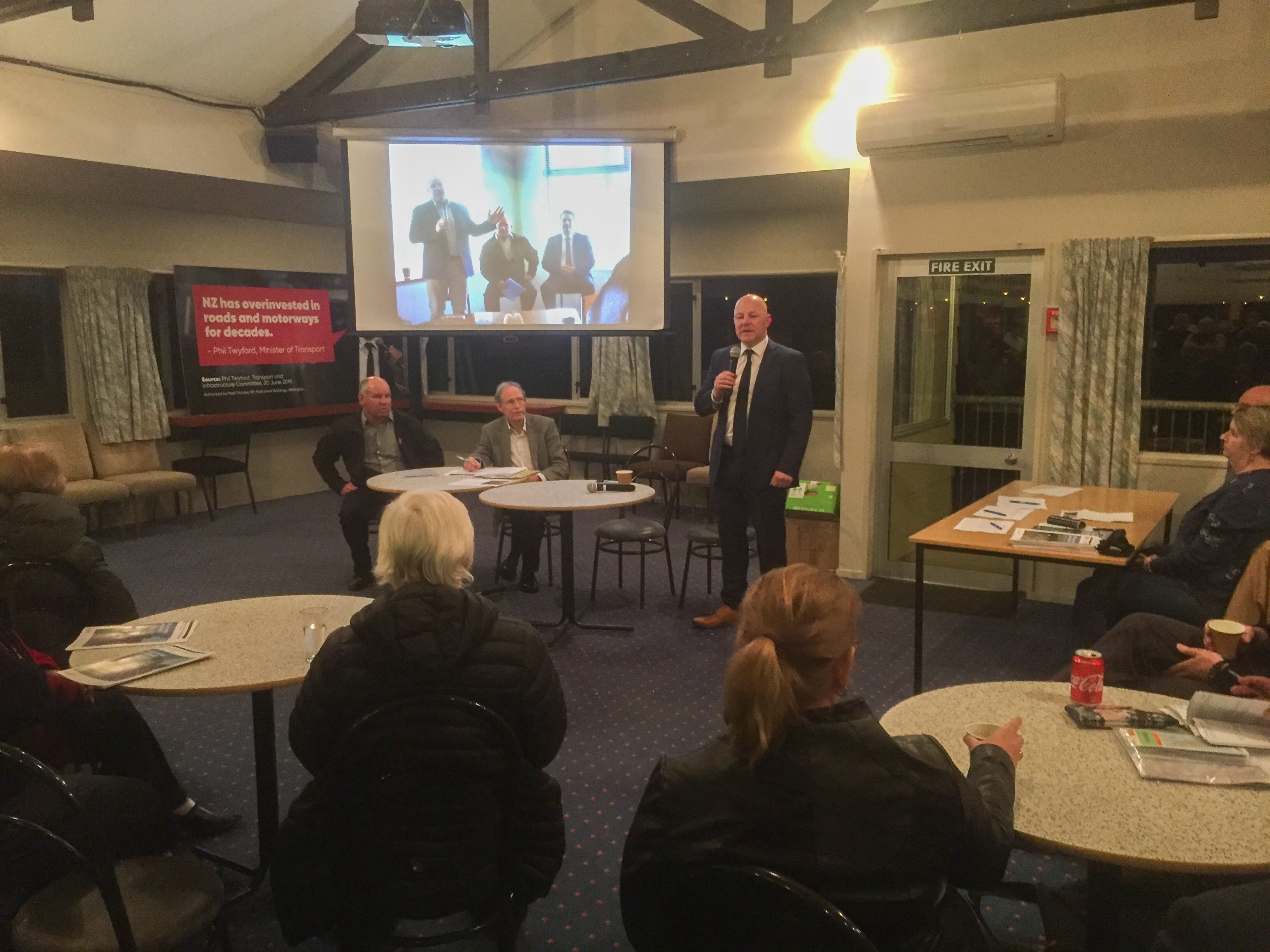 “The take home message from the meeting was that there is no funding or appetite from Government to invest in a four-lane motorway with separated traffic and a Woodend Bypass to get heavy freight out of the centre of Woodend,” Doocey said.

“The Make SH1 Safer Committee and I brought NZTA to hear directly from our residents and to advocate for a faster response to the community’s safety concerns.

“At the meeting, residents asked Jim Harland, NZTA’s Regional Relationships South Island director, why the Belfast to Pegasus motorway extension, including the Woodend Bypass, promised in 2017 by National, can’t get over the line,” Doocey said.

“Our community is fighting hard because they don’t feel safe. They want funding to be invested in their region to keep them safe.

“Some have accused me of not giving up on this issue, but when I have parents telling me as local MP that they are scared to have their children cross SH1 to get to school because they don’t feel it’s safe, then that speaks of the level of concern in our community. I petitioned Government to save this roading project because our region needs this investment.

“With no clear answers, we’ll continue to put pressure on this Government,” Doocey said.

Get updates from Matt Doocey and National